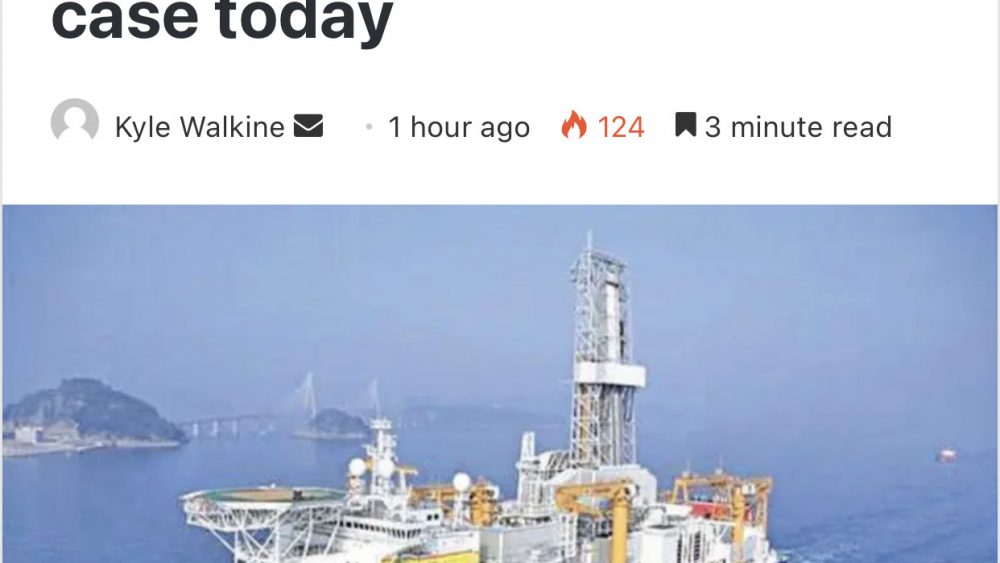 A Supreme Court judge will today hear both sides on the matter involving whether Bahamas Petroleum Company (BPC) should be allowed to proceed with its exploratory oil drilling.

This comes after Justice Petra Hanna-Adderley stated that under the relevant court rule, an oral hearing must in fact take place if a judge is minded to refuse leave for judicial review.

On Thursday, Hanna-Adderley denied three of their applications after determining that they were not brought within the time stipulated by the court rule.

However, Fred Smith, QC, who represents the environmental groups, argued that before her decision could be made, an oral hearing must first take place.

On Saturday, Hanna-Adderley said Smith was in fact correct and determined that both sides would make their arguments on the applications today.

BPC and its subsidiary, Bahamas Offshore Petroleum Limited, are not parties to the application.

The judge indicated that should leave be granted to the applicants to apply for judicial review on all or any of the decisions made in respect of the matter, the summons filed by BPC on December 10 to be joined as a party will be heard on January 6 at 10 a.m.