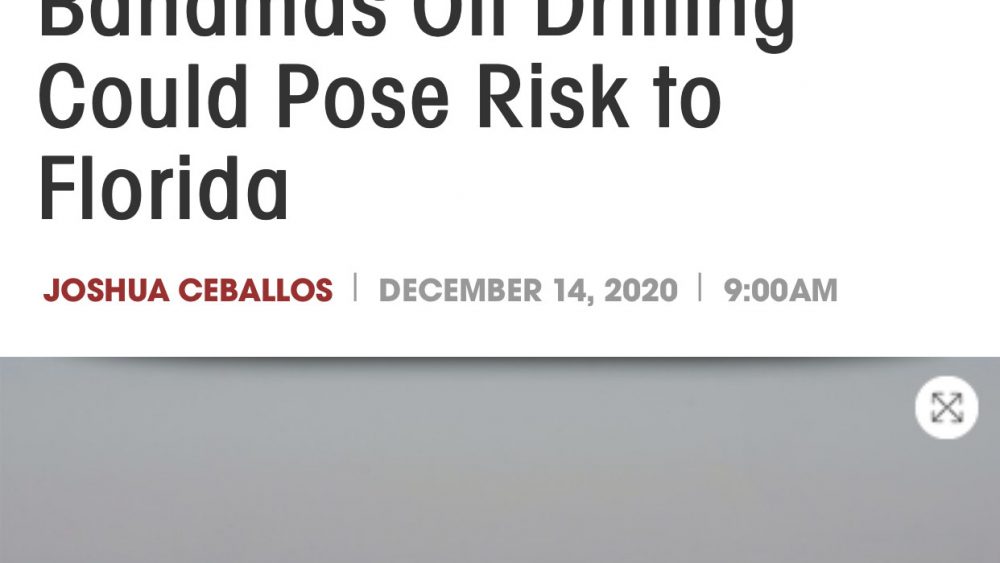 Yaggi tells New Times his organization fears the BPC project has the potential to become the next BP oil spill, which occurred when an oil rig exploded in 2010, causing an exploratory well to release enormous amounts of oil into the Gulf of Mexico, where some reached Florida’s shores and killed droves of marine life.

Reached by New Times via email, a spokesperson for BPC sent a link to the company’s environmental page, which states that the drilling project plan meets all guidelines, Bahamian laws, and international standards.

But a technical review of BPC’s environmental management plan commissioned by Waterkeeper Alliance and provided to New Times found the company has failed to address all the environmental impacts of drilling, to identify potentially environmentally sensitive areas, or to create a sufficient contingency plan in the event of a major or minor oil spill.

Further, Waterkeeper’s review of the environmental plan found that the company’s plan characterizes the project as a series of small wells, rather than one big project that could have an adverse cumulative effect, since each well will release pollutants even if there is no spill.