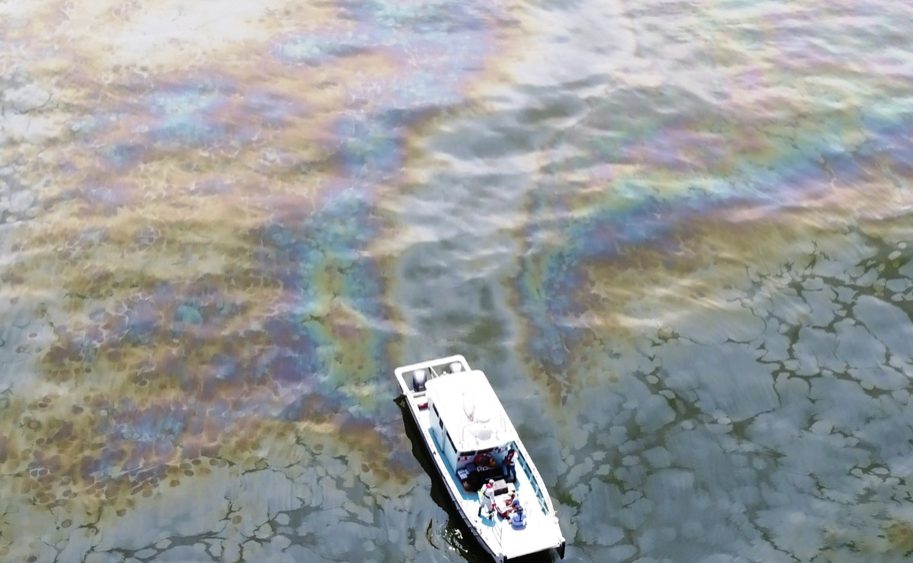 Neal Watson, owner of Neal Watson’s Bimini Scuba Centre, told Tribune Business that Bahamas Petroleum Company’s (BPC) plan to spud a first well some 81 miles west of Andros pre-Christmas “sounds like a mess waiting to happen” for tourism, fisheries and all industries that make their living from the ocean and environment.

“I truly can’t believe it’s going on,” he said. “I’m imploring the Government to take one more look at this in terms of the risk versus reward scenario. Fishing and diving are really the last careers open to Bahamians. The resources are there for any Bahamian to use, and to risk that on the reward of some persons potentially finding oil……

“I thought the Government was looking at sustainable energy and renewable resources; that’s where we should be focusing the energy, not here. I don’t know what to say. It’s terrible. I’m devastated. I can’t even believe they can possibly allow it, and I beg the Government to take one last look at the risk versus reward.

“It’s just heart-breaking, man. I didn’t think 2020 could get much worse, but it keeps on giving. We’re all holding our breath here. I would implore the Government to take one more look. I can’t imagine the benefits being that high versus the potential of a catastrophe.”

BPC has repeatedly asserted that all its risk mitigation work and studies to-date have reduced the possibility of an oil spill or other environmental incident to the bare minimum, while pointing out that its Perseverance One well – which it hopes to drill before Christmas 2020 – is exploratory and will not seek to extract fossil fuels from the seabed like its commercial variety.

However, Mr Watson voiced fears that the tidal currents and gulf stream would inevitably take any spill towards Bimini, thereby endangering its “quite fragile ecosystem” of mangroves, corals and other environmental characteristics that have already been damaged by development and hurricanes.

“It’s just bad news,” he added of oil exploration. “I feel like the ecosystem is quite fragile, and so stressed by over-fishing, all the coral disease that was going round from last year and all the mangroves that have been dug and damaged from the hurricane, the last thing we need right now is another stress on the environment.

“I don’t see anyone in Bimini that’s particularly excited about that project. The last thing I would implore is that the Government take another look at this, and really, really, really think hard about this, the risk versus reward, and if they do go through with this add another layer of safeguards and standards than what is required by Bahamian law.

“I would just implore them to take another couple of steps and really make sure this doesn’t mess up as I don’t think there’s any coming back from it if we get a really bad spill.”

However, Roberta Quant, BPC’s environmental scientist, in written responses to Tribune Business questions, said the oil explorer’s studies had shown that the Great Bahama Bank would protect Bimini and the rest of The Bahamas should any oil spill occur.

“From a scientific perspective, the risk of a spontaneous flow of oil, or a spill, is considered to be minimal,” she reiterated. “That said, as part of planning to be able to meet any eventuality – no matter how remote – as part of the Environmental Impact Assessment (EIA), Environmental Management Plan (EMP) and Environmental Authorisation documentation, BPC undertook a sophisticated ‘fate of particle’ spill modelling exercise in conjunction with a US university and environmental consultants.

Ms Quant added: “The spill modelling suggests that, given the flow of ocean currents, water depth and shape of the ocean floor, and prevailing meteorological conditions, the Great Bahama Bank protects The Bahamas given the flow of any water would be parallel along the Bank rather than across it.

“The consequence of which is that any shoreline contamination would most likely occur primarily along the Cuban coast. In the modelling exercise, we observed that the only time this pattern of spills moving along the Bank is potentially disrupted is during a hurricane event. It is for this reason that BPC has specifically committed to not drilling the exploratory well during the hurricane season.

“In the most extreme modelling scenario of a totally unmitigated spill event – an almost inconceivable situation where the company does absolutely nothing for 60 days to prevent any flow – and the reservoir sustains maximum flow volumes to surface for this entire period, fluids released below the surface were predicted to have a larger potential impact to shorelines than surface releases, with spill volumes potentially making it to the northern shores of Cuba and some isolated small uninhabited islands of The Bahamas. This extreme event is modelled to ensure BPC is able to meticulously plan to mitigate even the most extreme events, notwithstanding how unlikely.”

However, that has done little to reassure environmental activists, who yesterday renewed their calls for BPC to provide greater details on the actual amount of insurance coverage it has obtained and its environmental studies.

“There is no question that drilling anywhere in Bahamian waters poses an enormous danger to this country’s environment and economy,” said Rashema Ingraham, executive director of Waterkeepers Bahamas, and member of the Our Islands, Our Future group’s steering committee.